“Cronometría de un lugar sobre la tierra” is a collaboration with mexican muralists Lesuperdemon and Leo Tezcucano. The Smart National Creativity Contest 2016 (focused on university students), made a call to propose a project to re-enable an abbandoned park and playground in the south of Mexico City. The winning project was adapted to help solve the problems and needs of the neighborhood, and the three artists were the coaches and judges of the contest. The final project included a mural inspired in the history of the area, a skatepark and a playground. 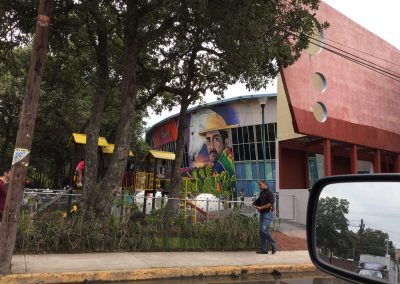 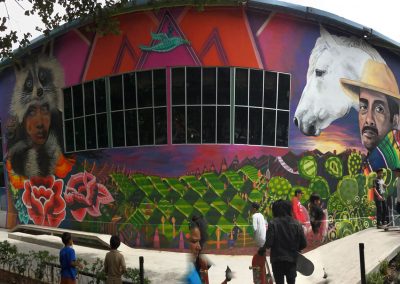 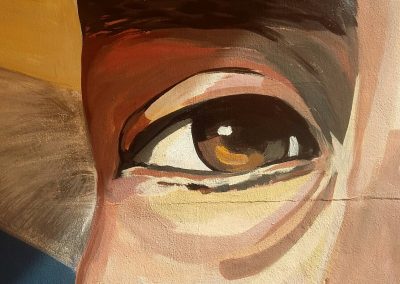 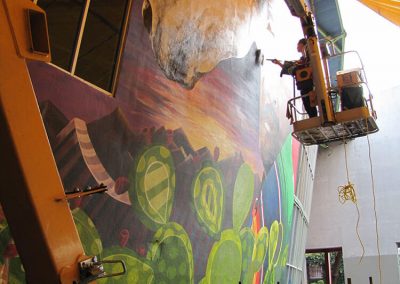 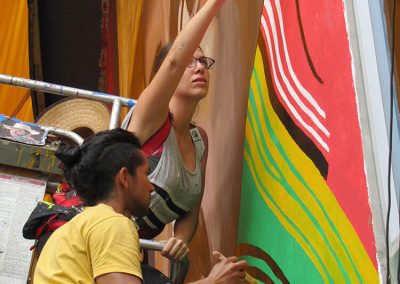