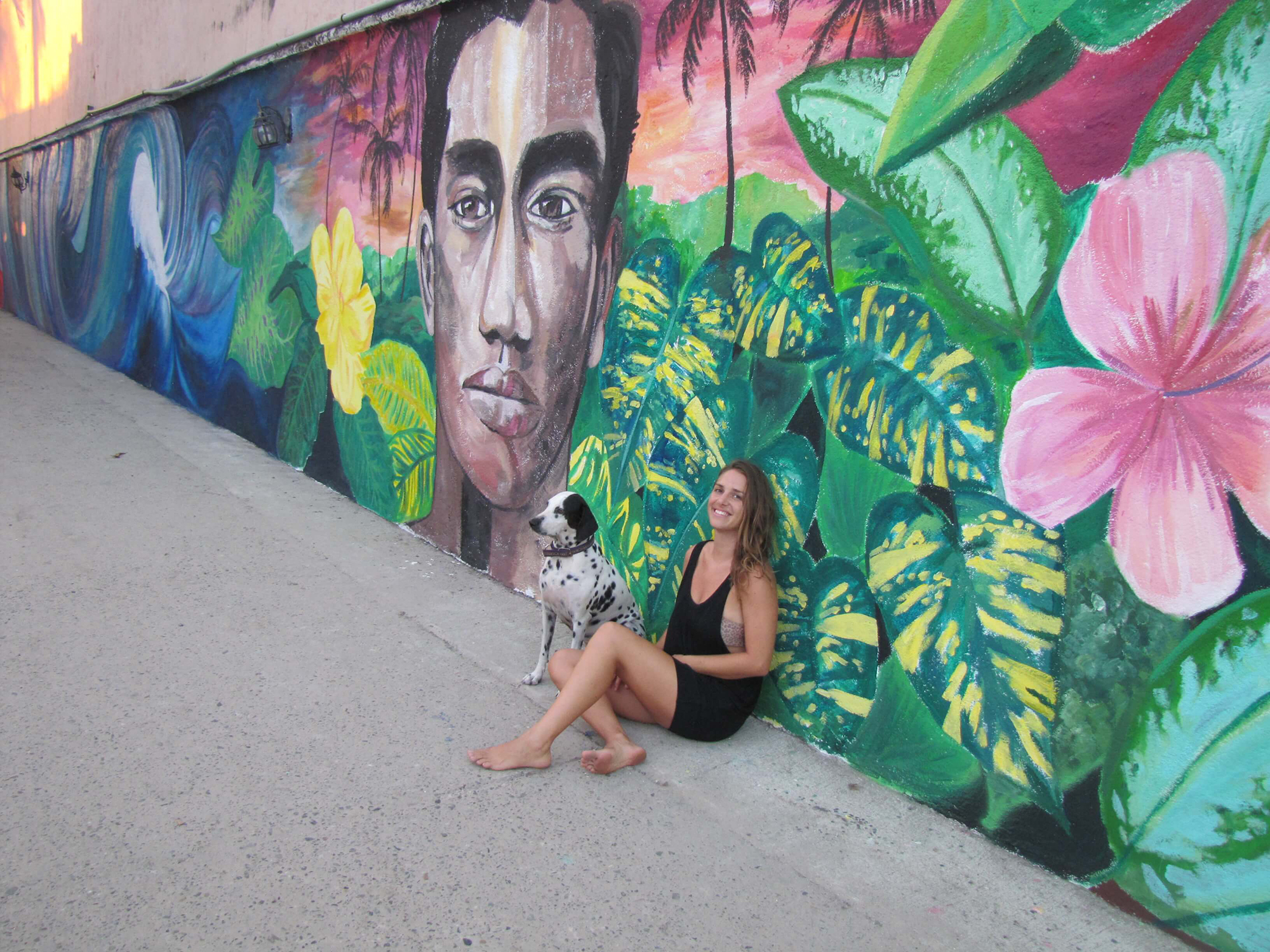 Currently lives and works in Rome, Italy.
“I’ve been very interested in developing deep positive messages that can impact the people who see them, and somehow influence them to actively respect and take care of our planet”
Transforming Mexico City Walls: Interview with Bernardo Sánchez Navarro Iturbe, Cultura Colectiva, 2015

Paola Beck is best known for her social practice where she aims to change negative social dynamics through public space transformation with community participation. Her large scale mural paintings demonstrate her concern in creating positive messages with significant content. Her work shows profound emotion with deployment of strong color, overlapping sources and inspirations, with repetitive themes like portraits, nature and animals. Moving back and forth to the beach and with strong reminicences of her childhood in Germany, Beck encounters her german landscapes nostalgia with urban context and environmental awareness.

Beck is focused in creating social consciousness and cohesion; in Mexico, where social differences are very strong, she has created a collaborative way of thinking, by inviting other artists to participate in the social artistic matter of the city landscape. Her style is highly intense and non-realistic, brushstrokes can be loose and gestural: typically free. Acrylic applications tend to be generous and highly textured and occasionally dripped. Her body of work tends to be emotional and sometimes mystical.
She has incorporated her work with popular culture in collaborations with musical bands like Dirty Karma and Lebaron, as well as Life Action Painting (2015 Zanka Fest, Zihuatanejo, Mexico, 2010, Zwischenraum Festival, Berlin, Germany; Código, Design Festival & Vive Latino Music Festival, Mexico City)
Her practice includes different media such as drawing, collage, illustration, painting, sculpture and diverse materials like wood, paper, acrylic, marble and stone.

In 2010, she co-founds CICLO with mexican curator Laura Reséndiz (Anonymous Gallery MX City). This collective project focuses on the transformative power of art to create harmonious environments that promote memory and local identity. In 2016 with the support of CONACULTA (National Council for Culture and Arts), we worked on 9 public spaces in the Magdalena Contreras area (south of Mexico City). This project included 9 murals, 9 parks, more than 40 free art, local identity and permaculture workshops, and the collaboration with 8 other renowned mexican muralists. In 2017 we where invited by SiTE:LAB to do a 2 month artist residency in Grand Rapids, MI, USA, where we worked with the latin migrant community on a collective art installation for ArtPrize 2017. https://projectciclo.com/